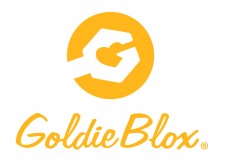 Media and Entertainment Company Investing in Content, Products and Partnerships

LOS ANGELES, July 22, 2020 (Newswire.com) - GoldieBlox announced additions to its leadership team today, anticipating significant growth in the coming years. From its humble beginnings on Kickstarter in 2012, GoldieBlox has evolved from a toy company into a media and entertainment powerhouse leading the gender equity charge for girls in STEAM.

As the company has grown, so has its passion to inspire and educate girls around the world to follow their STEAM dreams. The expansion of the executive team reinforces GoldieBlox's commitment to creating content, products and partnerships that move the needle for girls to get interested in STEAM as a passion, hobby or career.

"I am incredibly excited to lead this experienced team as we build on our current success to take GoldieBlox into the future," said Debbie Sterling, founder and CEO. "As we enter a growth phase, each of these executives brings a unique and complementary skill set to the company."

Peter Pergola has joined as the company's Operating Partner, and assumes a seat on the Board of Directors. Founder and principal of Preface Holdings, and former COO of The Araca Group, Pergola brings a wealth of experience across the development and commercialization of IP, including several recent M&A successes.

"I am thrilled to join GoldieBlox in the journey to continue to build the original IP the company is known for," said Pergola. "As a father to two young daughters, the mission of GoldieBlox is incredibly important and timely. We have a few very exciting commercial opportunities rapidly emerging, and I'm also thrilled at the fast traction we are making across the media investment landscape."

GoldieBlox is a media and entertainment company using storytelling to make STEAM fun. We educate and empower young girls by sharing tools to build their confidence and their dreams. Through products, content, partnerships and programs, GoldieBlox aims to close the gender gap in STEM. Learn more at GoldieBlox.com.