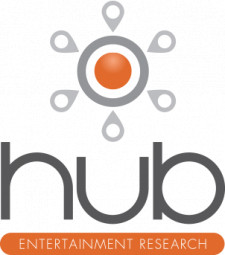 BOSTON, June 25, 2021 (Newswire.com) - The first wave of Hub's "TV Advertising: Fact vs. Fiction" study explores TV consumers' use of ad-supported and ad-free services and the factors that drive their decisions to use each.

1) The world is NOT divided into those who sometimes watch ads vs. those who never watch ads.

·  In fact, the vast majority of viewers watch TV from both ad-supported and ad-free sources.

2) If you ask people how they feel about ads during TV shows, nearly one in five will tell you they can't tolerate them.

3) However, when we add cost into the mix, we find that most consumers are willing to trade-off whatever ad resistance they have for the opportunity to save money.

·  Given the choice between a lower-cost, ad-supported service and a higher-cost, ad-free service—assuming the same content—most would choose the former.

4) The proportion who would choose a less expensive, ad-supported service over an ad-free service actually includes one-third of those who initially said that, on principle, they'd "never consider" a TV service with ads.

·  Among consumers who say they can't tolerate ads, 30% would choose to watch ads if it means saving $4-$5 per month (vs. a more expensive, ad-free service).

5) When we present current Netflix subscribers with the hypothetical option of an ad-supported version of the service for $5 less than the ad-free version, nearly half say they'd switch.

·  46% of current subscribers say they'd opt for the ad-supported service for $5 less.

·  Note that for this test, we told subscribers to assume pre-roll ads only (more on a mid-roll alternative below).

6) Other factors related to how ads are served up have a strong influence on ad acceptance or non-acceptance, including:

·  Ad placement: In the Netflix test, when Netflix subscribers are asked about a tier of the service with both pre-roll and mid-roll ads for $5 less, 39% say they'd switch, seven points lower than the proportion who would switch with pre-roll ads only.

"What's clear from these findings is that what matters to consumers is not whether ads are included in the content they watch, but how ads are delivered," said Mark Loughney, Hub senior consultant and co-author of the study. "Even consumers who say they're categorically opposed to ads will use an ad-supported platform if the price and ad delivery are right."

The data cited here come from the first wave of Hub's "TV Advertising: Fact Vs. Fiction" study, conducted among 3,000 U.S. consumers ages 14-74, who watch at least one hour of TV per week. The data were collected in June 2021.

Since 2013, Hub Entertainment Research has measured and tracked how technology changes the ways consumers discover, choose and consume entertainment content. We work with the largest networks, pay-TV operators, streaming providers, and studios. To learn more visit us at Hub.