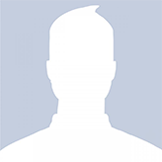 Since starting out in PR more than 20 years ago, Hanley has introduced national brands and talent, evangelized new trends and products, premiered award-winning TV series and films and crafted company images and missions. Working with media across the U.S. and around the world, Hanley has built trusted relationships with consumer, business, trade and new media outlets interested in a great story. From Netflix and National Geographic to Blip and Discovery, Hanley’s clients get customized PR solutions that generate real results and address their business needs.

With a rare combination of entertainment industry experience and tech business knowledge, Hanley’s unique skill set puts her at the intersection of entertainment and technology for clients on both sides looking to bridge that gap. Since diving into the publicity pool more than twenty years ago, Hanley has done it all, from driving Roy Rogers around the country in an RV, hosting a screening of the infamous Jack Nicholson flick at The Shining hotel, witnessing the opening of the Medici family crypt in Florence with Morley Safer, launching the first home makeover show Trading Spaces, introducing Netflix’s pioneering streaming service with HBO and CBS, guiding Sidereel’s PR in advance of their acquisition and putting digital media company Blip on the map.

Hanley specializes in mapping strategy, building brands, conducting media relations, planning and executing events and talent relations. Prior to branching out on her own, she was the first-ever director of public relations for Netflix, where she built the consumer public relations program from scratch, serving as a key member of the executive team that introduced streaming and helped the company grow from 3 million to 10 million subscribers in just three years. In addition, Hanley headed up the PR team that launched Netflix’s original content studio, Red Envelope Entertainment, premiering passion projects and independent films from talent including John Waters and Patricia Heaton.

Prior to her West Coast move for Netflix, Hanley spent a number of years at Discovery Communications providing public relations counsel in several roles, including vice president of communications for Discovery Networks’ popular lifestyle channel TLC, where she launched two of their most successful and iconic series, Trading Spaces and What Not to Wear and was part of the management team that developed and introduced the Life Unscripted brand direction. Hanley was also director of communications for Animal Planet, where she spearheaded PR for the Animal Planet Original Movie franchise, as well as head of publicity for Discovery Pictures which produced the longest-running IMAX film in the genre’s history, The Human Body. Hanley started her career in the agency world working on consumer projects for such clients as Pepsico and Kodak. Hanley is a member of the International Academy of Digital Arts and Sciences, The Academy of Television Arts and Sciences, the International Academy of Web TV and the Television Publicity Executives Committee, sits on the advisory board of Syracuse University’s Visual and Performing Arts School and Redroom.com and serves as a judge for the College Television Awards and the Daytime Emmy Awards. The author of a career guide entitled ‘OMG! My First Real Job’, Hanley aspires to write a screenplay and be a contestant on Jeopardy!.